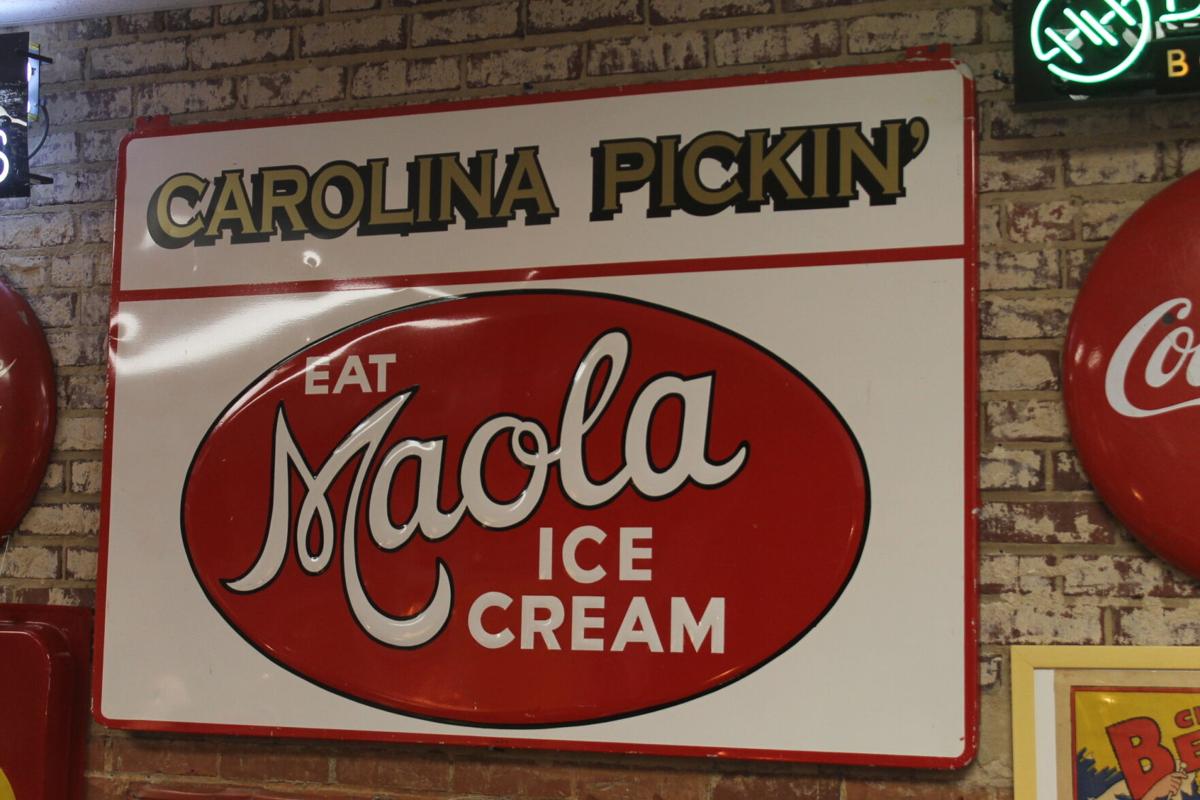 Donald and Tony Whitfield opened their shop in October, during the middle of the pandemic. 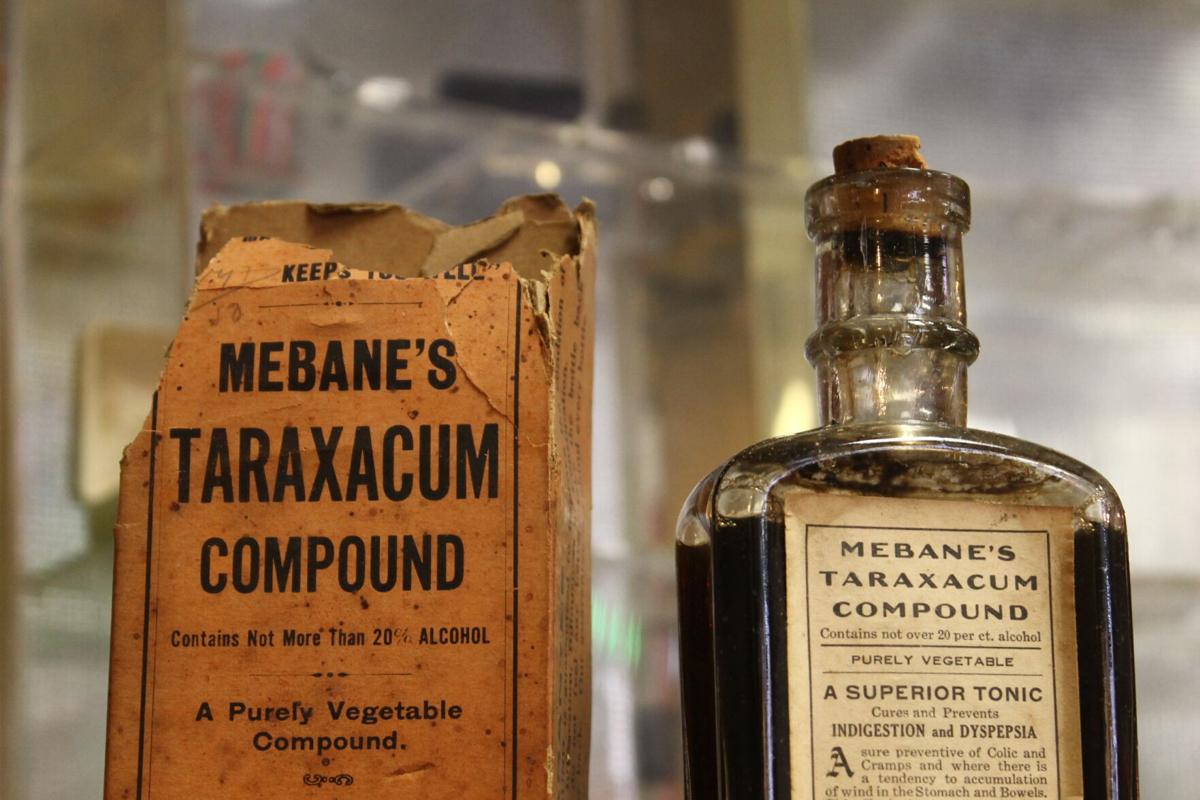 Donald and Tony Whitfield opened their shop in October, during the middle of the pandemic.

Carolina Pickin’, located at 121 W. Clay St. in Mebane, isn’t exactly your typical antique and collectable store. When you shop there, you’re liable to come across just about anything.

They have the old, the odd and the outrageous. They have the unique, the rare and the one-of-a-kind. They have comic books and records, an array of advertising signs and more coins and pocket knives than one could count.

Mebane natives Donald and Tony Whitfield have been pickin’ since they were 12 and 14, respectively, when they began working for the Mebane Auction. It started as a hobby for them both, but grew into a passion and, eventually, a career.

Donald said when they first started pickin’, every day they’d go out, scope out residences, then knock on doors or catch someone in their yard and ask if they could look over their collections and, potentially, buy some, or all, of it. Often, folks would let them in and sell them things.

“Every day after school, we would go there and work three or four hours a day, it was sort of like our teenage job,” Donald Whitfield said. “We both did it all the way through high school and college and just kept going. We tried the full-time Corporate America thing, but it wasn’t for us.”

The Whitfield brothers opened Carolina Pickin’ in October 2020, right in the middle of the pandemic.

“It has been an adventure, opening up in the middle of COVID was scary,” Tony Whitfield said. “Most people probably thought, ‘These guys are crazy.’”

But the existence of the shop itself is due to how hard the brothers worked prior to the pandemic to buy interesting, unique and rare items.

“We kept picking through the beginning of COVID and when the auctions shut down and the shows shut down, we're sitting there steadily buying merchandise,” Donald Whitfield said. “And I looked into my garage like, ‘What are we going to do with all this stuff? Because it's packed.’”

So, when the storefront on West Clay Street became available, the Whitfields jumped on it.

Tony said it has been going great so far, and even better lately as things have started opening back up.

Carolina Pickin’ is open Tuesday through Saturday, from 10 a.m. to 6 p.m. However, without help from their mom, Treasa Capps, having a store wouldn’t be possible.

“She's the heart of the place,” Tony Whitfield said. “We're on the road a lot, so, for the customers, she's the face of the company when we're not here…With her running the shop during the week, it allows us to get out and find all this stuff.”

Carolina Pickin’ is a family-owned, family-run business, and Tony said he feels people appreciate and value that.

The Whitfields said many of the items in the shop are geared toward male interests, but they have plenty of items for everyone, like jewelry, glassware and paintings. Chances are, you can find something you like in Carolina Pickin’, no matter your interests.

The brothers said folks appreciate the variety to be found at the shop because, each time you go, there are totally different items.

“Through this building, we're averaging 100 to 300 new items in here every week, and everything is owned by us…” Donald Whitfield said. “We're constantly moving [stuff], every time you come, it's exciting to come in, it's not the same kind of stuff.”

“We're not like a full retail type of shop,” Tony Whitfield said. “We just want to get our money and go. If we can make a little bit on an item and move on to the next item, that's kind of what we want to do, because who would want to come into our store that has the same stuff every time?”

Another thing about Carolina Pickin’ is bartering is actually encouraged. The price tags on items are just more suggestions than anything.

“When customers come in and we can say, ‘Hey, you know, we're making deals today, if you see something and we can work a deal, we're going to do it – don’t look at the price.’” Tony Whitfield said.

Carolina Pickin’ has an extensive collection of historical, rare, even one-of-a-kind Mebane items dating back to, at least, the early 20th century.

Tucked in one of the shop’s corners are glass-enclosed shelves, chock-full of Mebane and North Carolina treasures.

The first thing Tony pulls from the shelf is a bottle of Mebane’s Taraxacum Compound, patented in the city in 1906. The medicine box said it’s guaranteed “to improve the condition of any one who is suffering from either indigestion, biliousness or constipation” and “will ward off attacks of dysentery.”

Mebane’s Taraxacum Compound, according to the bottle, is “a vegetable compound, different from other liver medicines because it does not impoverish the blood but recuperates the entire system.”

Next, Tony sets an old milk bottle on the counter. It doesn’t look like anything out of the ordinary, until he reveals the bottle came from Daisy Dairy in Mebane. The phone number on the bottle is 85, to give an idea of just how old it is.

“I didn’t realize how rare this bottle was until I went to try to search for more,” Tony Whitfield said. “We went and looked at a collection of a guy who had, roughly, 10,000 milk bottles – he didn't have one of these…he’d never heard of Daisy Dairy.”

Tony said, even around Mebane, very few folks remember Daisy Dairy. The ones who do, he said, are older and have lived in Mebane all their life. From what he could gather of the dairy’s history is it was very small, family operation and was, most likely, bought out by Melville Dairy.

There’s also the Mebane Shoe Store sign, an over 100-year-old advertising sign, of which there are only two in existence.

“It’s a one of a kind because the other one is actually a women's shoes and hose sign, so this one would’ve been for men and the other one for women,” Donald Whitfield said.

But perhaps the most interesting piece the brothers talked about is no longer in the store.

Treasa called her sons, who talked to the man, and they ended up buying the clock.

“We get back and see it's Bradley-Truitt Jewelry – we didn't even put two and two together,” Tony Whitfield said. “A couple days later, we're looking at it, and I'm like, ‘Bradley-Truitt Jewelry, that sounds familiar.’ Come to find out that clock was originally hanging in this place before they moved.

Then one day Mebane City Councilmember Tim Bradley came in the store, saw the clock and said, “That was my uncle’s clock.”

Well, the brothers weren’t planning on selling it, but they made an exception for Mr. Bradley, and it now sits in his collection.