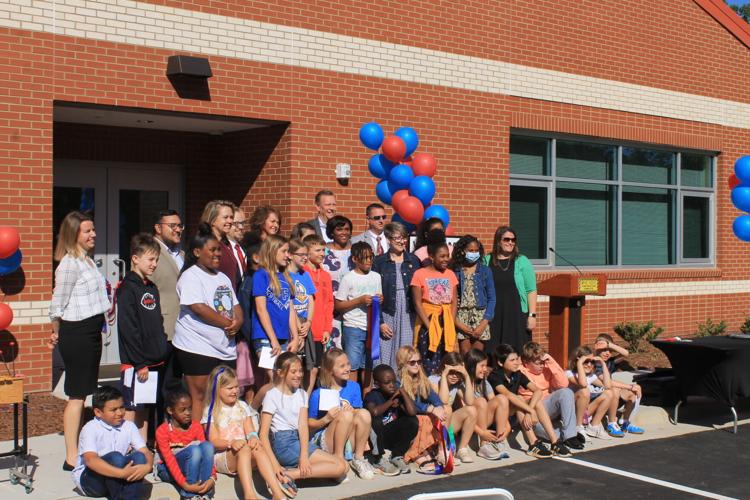 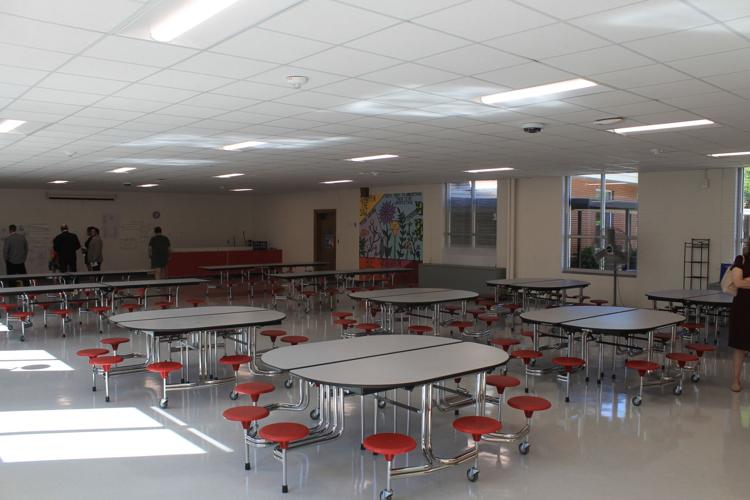 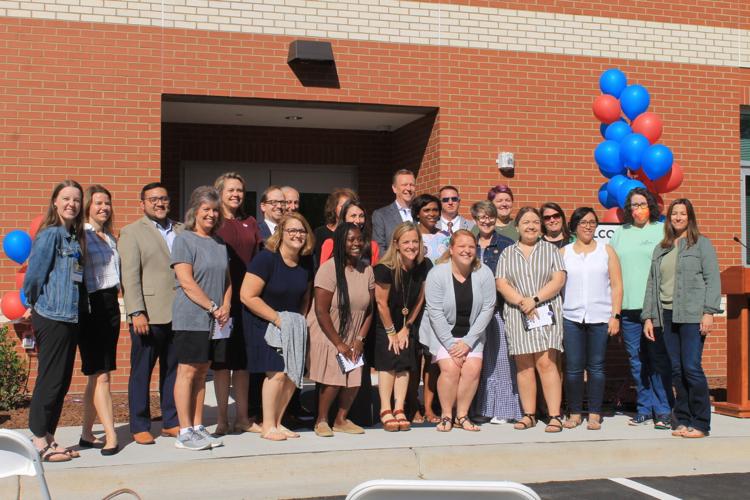 SME teachers with local leaders during the ceremony. 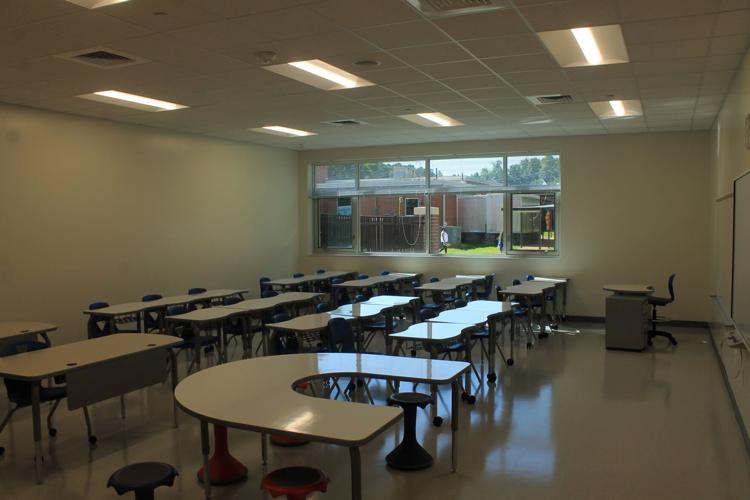 One of 12 new classrooms at SME.

SME teachers with local leaders during the ceremony.

One of 12 new classrooms at SME.

South Mebane Elementary School held a ceremonial ribbon cutting ceremony on Tuesday morning, May 17, to mark the completion of the school’s new classroom wing and cafeteria. The project was made possible by Alamance County voters voting in favor of the 2018 education bond initiatives.

The South Mebane Elementary (SME) project is the first of the ABSS bond projects to reach completion. The 19,402 square feet of additions include: the new cafeteria and kitchen, 12 new classrooms and upgrades to the existing buildings.

As part of the designated education bond projects, Pleasant Grove Elementary School is undergoing significant renovations, so the mobile units on the SME campus, which were placed there to meet the need for additional space at the school, will remain in place to serve Pleasant Grove fourth and fifth graders until those renovations are completed ahead of school starting back in January 2023.

Ahead of the ceremony, SME student Lucas Cruz Martinez played a few songs on the piano before the SME Student Ensemble, composed of 11 students, played a song on their xylophones. Following the ensemble performance, three SME fifth graders – Zion Powell, Dayton Whitfield and Saanvi Kumari – gave their perspectives on the renovations and talked about memories from their time at the school.

SME Principal LaShonda Hester and SME student Claire Royal, whose mother Amy has taught at the school for 28 years, then welcomed the attendees. Hester thanked all those in attendance, which included local representatives in the NC Senate, NC House, Board of Commissioners, Board of Education, Mebane City Council and city officials.

Alamance County Board of Commissioners Chair John Paisley and ABSS Board of Education Chair Sandy Ellington-Graves then delivered remarks.

Paisley touched on the speed of the project’s completion and noted SME is living up to its motto of “learning and leading.”

Graves said South Mebane, like every other school, is the center of its own community and these improvements will allow it to better serve its students and their families and its teachers and staff.

“Think about how many individuals a school touches every single day. For South Mebane, that means 564 students in grades K through five who attend school here along with their siblings, parents or guardians in a day…” Ellington-Graves said. “A single school affects literally thousands of lives every day. The importance of that cannot be overstated. Schools are foundations for our community and it is so important.”

ABSS Assistant Superintendent of Operations Dr. Todd Thorpe delivered the closing remarks, noting it “takes a village to build a school.” Thorpe took time to thank those at Morris Berg Architects, the architects on the project, and Frank L. Blum Construction for their work in creating and building the new and renovated spaces.

Following the ceremony, tours of the new wing and cafeteria were given, with SME students leading them.