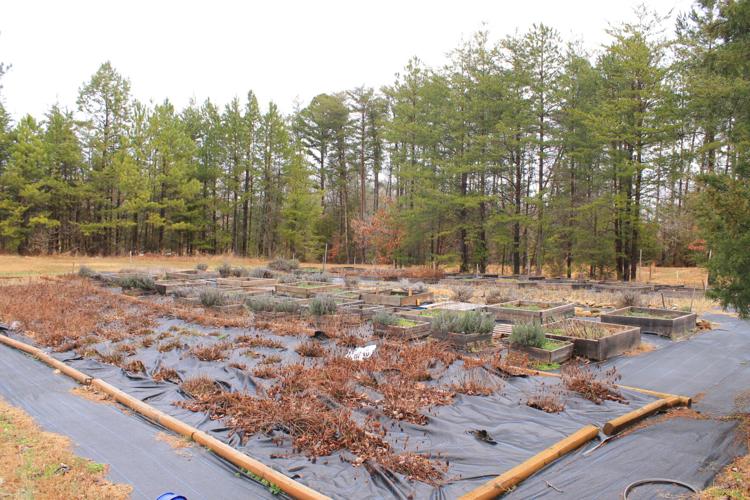 Benevolence Farm was recently named as one of nine United States Innovation Sites by the Rural Justice Collaborative, meaning the farm will serve as a model for similar future social enterprises. Pictured, a field on the 13-acre farm. 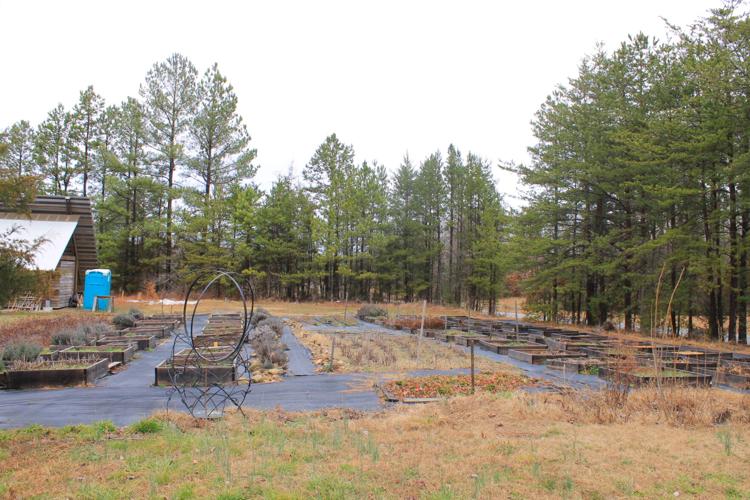 Flower beds at Benevolence Farm. Founded in 2008 and opened in 2016 and nestled in rural Alamance County, the farm provides formerly incarcerated women with the assistance, support and resources needs to help them re-enter society.

Benevolence Farm was recently named as one of nine United States Innovation Sites by the Rural Justice Collaborative, meaning the farm will serve as a model for similar future social enterprises. Pictured, a field on the 13-acre farm.

Flower beds at Benevolence Farm. Founded in 2008 and opened in 2016 and nestled in rural Alamance County, the farm provides formerly incarcerated women with the assistance, support and resources needs to help them re-enter society.

Benevolence Farm was recently selected by the Rural Justice Collaborative (RJC) Advisory Council as one of nine United States Innovation Sites, which will allow the farm to serve as a model for similar developing rural justice programs.

Founded in 2008, Benevolence Farm is a nonprofit started by Tanya Jisa in response to the rise in the incarceration of women, largely as a result of the decades-long war on drugs. Located at 4265 Thompson Mill Road in Graham, its mission is to provide trauma-informed, harmed reduction-based care, housing and employment for women transitioning back into society from prison.

“While the rates of incarceration of women were rising rapidly, there weren’t equivalent support systems being built for people coming home,” Executive Director Kristen Powers said. “So, Benevolence Farm was really founded to address some of the core basic needs that were not being met, which included housing, employment, as well as therapies. Tanya [Jisa] was combining the horticultural therapy approach of being outside being the exact opposite of a carceral system, which is the most anti-natural you can get.”

​​The farm sits on 13 acres, with a house for residents. Residents work on the farm, growing and selling produce, flowers and herbs; they also make body care products which are sold online and locally select stores. All the proceeds from the sales go back into the farm’s programs and toward residents’ wages.

Additionally, the fact that Benevolence Farm sits on 13 wide open acres in rural Alamance County is a major benefit to the residents in and of itself.

“This is often the first time a lot of folks in many years have the space to be outside, and we see the healing nature of nature,” Powers said. “We see the healing benefits of nature pretty immediately just from being able to look at the stars at night to putting your hand in dirt to playing with our farm dog or the chickens.”

One former resident, Keia Blount, spoke with the Mebane Enterprise about her experiences and how Benevolence Farm has benefited her life, given the challenges she faces as a formerly incarcerated woman such as difficulty obtaining employment and housing. Blount came to the farm on February 18, 2017 – the day she was released from prison.

“Benevolence’s model of cultivating a farm and cultivating yourself, I kind of took to heart because at the same time when I was growing the ground from nothing into something,” Blount said. “I was growing myself from nothing to something – coming out of prison straight into the program, not really knowing where I was going, what was out here in Alamance County.”

Now, Blount is employed as a qualitative research analyst at UNC-Chapel Hill but, even after going through Benevolence Farm, the stigma of being formerly incarcerated followed her. For example, Blount said she was given an opportunity to “start over in Charlotte” but couldn’t obtain housing. If it wasn’t housing, it was finding a job.

“Even after you get prison, you still are a prisoner to society because now you’re limited on what you can do and who is going to help you, so you kind of have to just grab whatever opportunity you can,” Blount said.

Because of this, Blount believes she would be back in prison right now if not for Benevolence Farm because, by taking care of residents’ basic needs, the farm gives individuals the chance “to focus on being a better person,” she noted.

Moving to Benevolence Farm was something new for Blount, a change of scenery, but she still had to deal with her trauma, to start from the ground up, and that’s what, she said, they taught her how to do at the farm.

The RJC “showcases the strengths of rural communities and highlights the cross-sector collaboration that is a hallmark of rural justice systems.”

“Rural community leaders often don’t have the resources to develop programs from scratch but we know that many rural justice leaders, like those from Benevolence Farm, have found innovative solutions to their complex problems. Before this, there has been no nationally concerted effort for justice leaders and their collaborators in other sectors to share what they know. The Innovation Sites provide a framework that others can build from,” said Tara Kunkel, Executive Director of Rulo Strategies, which organized the RJC in partnership with the National Center for State Courts (NCSC).”

Being chosen as an RJC Innovation Site means Benevolence Farm will “reduce the workload it takes to replicate systems” like theirs, Powers said, in hopes to help more formerly incarcerated women.

The goal is to use Benevolence Farm, and eight other similar social enterprises, as models to inspire and assist in similar work across the country, primarily in rural, often isolated communities. Soon, Benevolence Farm staff will be working with government and nonprofit actors to share what they have learned, Powers noted.

Powers hopes Benevolence Farm’s model helps “mold the future of what re-entry could look like” on a larger scale, as the farm is already doing so in Alamance County.

“As we continue to collaborate and work with communities and learn from one another and center the people most affected by these issues, we’ll continue to, hopefully, see people not only remain in communities but thrive in communities and see that ripple effect across their families and the places where they live,” Powers said.

More information on Benevolence Farm can be found at benevolencefarm.org and products from the farm can be purchased online at benevolence-farm-body-care.myshopify.com and in-store at Persnickety Books in Burlington, Main Line in Graham, and Freehand Market and Saxapahaw General Store in Saxapahaw.