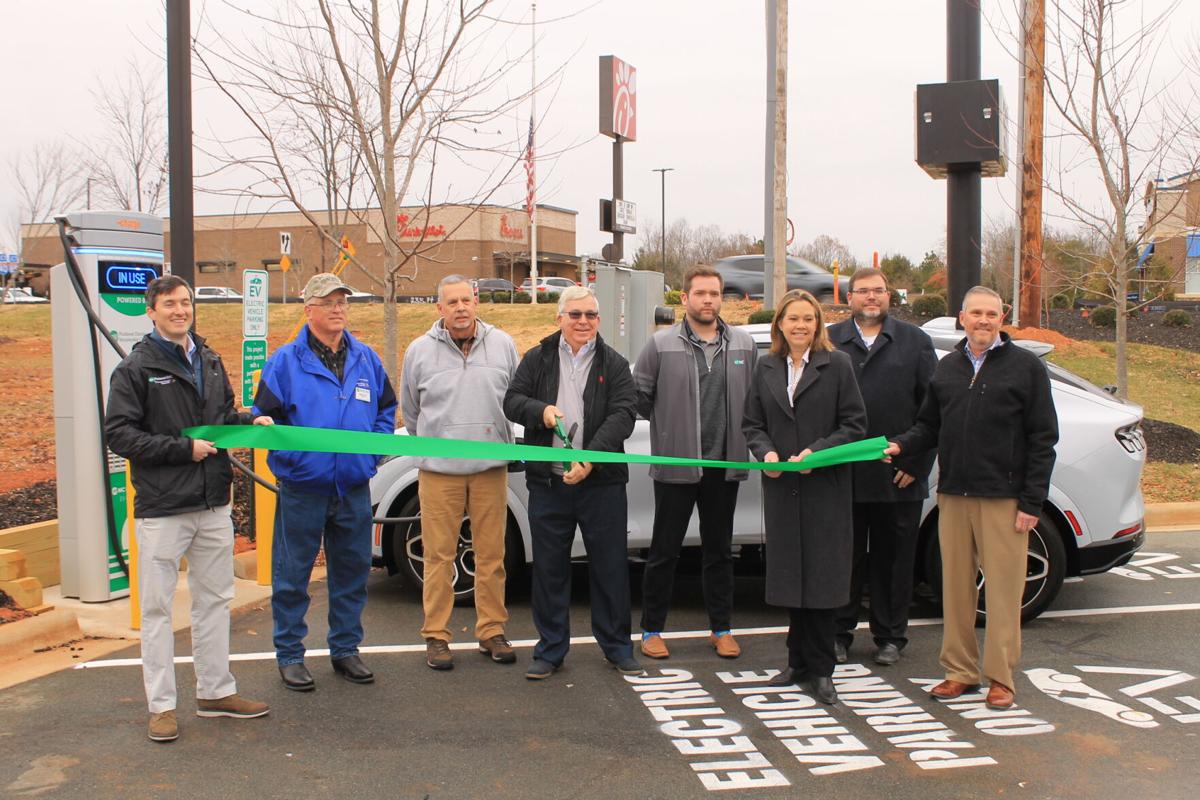 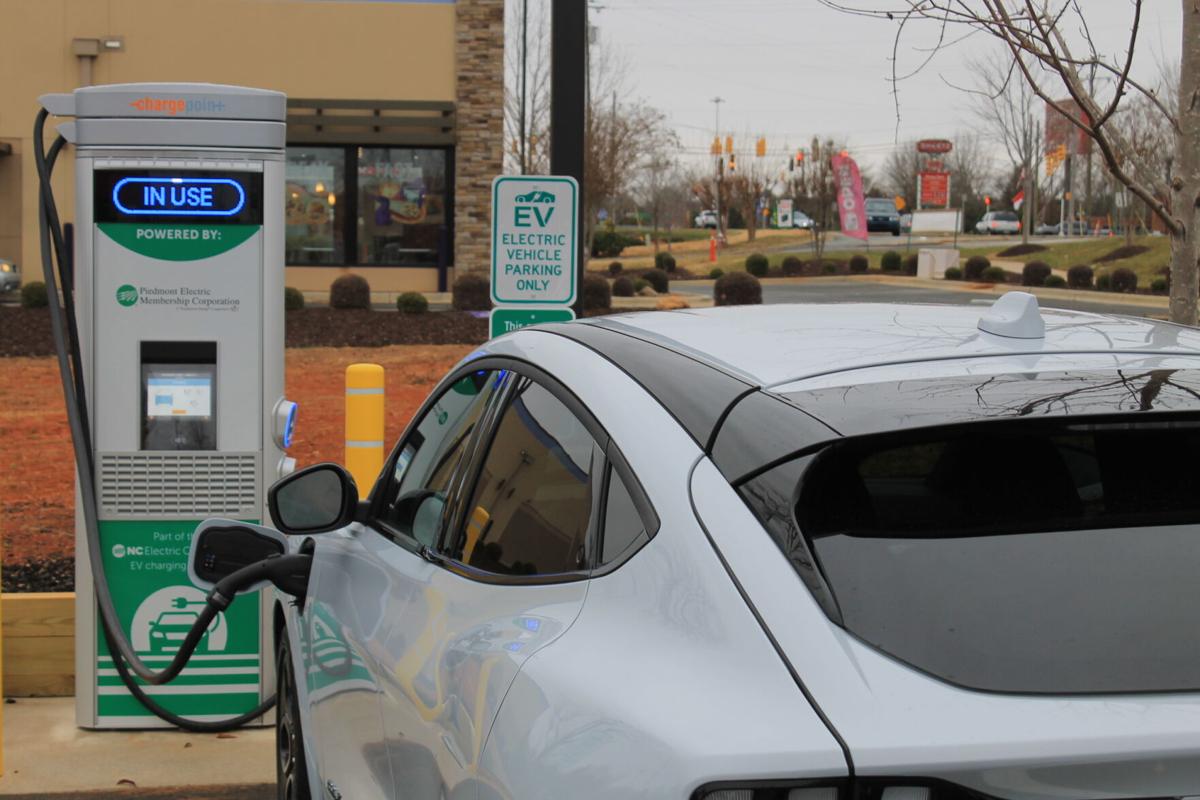 The new charger, located in the Arby’s parking lot off Mebane Oaks Road, is a ChargePoint DC fast-charger, capable of charging an EV battery from 0 percent to 80 percent in approximately 30 minutes.

To use the charger, folks can download the ChargePoint app and register their credit card information to pay for the electricity they’ll use to charge their car. Folks can also reserve the station prior to arrival to ensure it’s available.

Piedmont Electric was able to fund the two new charging stations through a roughly $700,000 grant they were awarded by the North Carolina Department of Environmental Quality (DEQ). The funds were awarded as part of the US Environmental Protection Agency’s (EPA) settlement with Volkswagen.

The grant’s purpose is to help the 26 North Carolina electric cooperatives, which largely serve rural areas, install high-speed EV charging stations in both rural and suburban communities across the state.

“This charging station will help increase local commerce, reduce emissions and bring the benefits of driving electric to our community,” Steve Hamlin, president and general manager of Piedmont Electric, said in a press release. “Our members are increasingly interested in the convenience, cost savings and environmental advantage of electric vehicles, and we are proud to support expansion of this technology by securing funding for this local project.”

Hamlin could not attend the ribbon cutting ceremony, but Piedmont Electric’s Manager of Member Services and Public Relations Brandon Reed gave remarks on the company’s behalf, touching on how the charging station will benefit Mebane, its citizens and those just passing through.

“We feel these stations are good for economic development because you’re not going to just get it and go, you’re going to spend a little bit of time [charging],” Reed said. “We’ve seen over the past couple years that our members are increasingly interested in EVs as more and more are becoming available.”

Reed added that, in choosing locations for the charging stations, Piedmont sought areas where stations were lacking that also had access to major highways – and Mebane fit that criteria.

The two new area charging stations are part of a growing EV charger network Piedmont Electric Cooperative and the 25 other electric cooperatives in North Carolina are partnering to build across the Tar Heel state. Currently, the 26 cooperatives have nearly 70 chargers in the network, with more than 100 charging ports.

“A lot of folks still have that range anxiety, if you’re going to go up to the mountains or down to the beach, you want to make sure that your vehicle is going to be able to get you from point A to point B,” Reed said. “So, the 26 cooperatives across North Carolina are putting in a charging network to enable that – helping travel, helping commerce, helping tourism.”

Mayor Hooks and Senator Galey also delivered remarks during the ceremony, both emphasizing their thankfulness for the City of Mebane’s relationship with Piedmont.

“I just thank y’all so much for putting this here,” Hooks said “It’s the thing of the future and I think there’s going to be a lot of interest – we’re excited.”

Senator Galey, echoing Hooks’ sentiment that EVs are the thing of the future, said as development continues in Mebane and across the state, she hopes some thought and planning are put into where charging stations are placed around new commercial development so “people can enjoy their time while they’re charging and engage with the local economy in a safe manner.”

The charging station is now available for use at the Mebane Arby’s at 1316 Mebane Oaks Road.