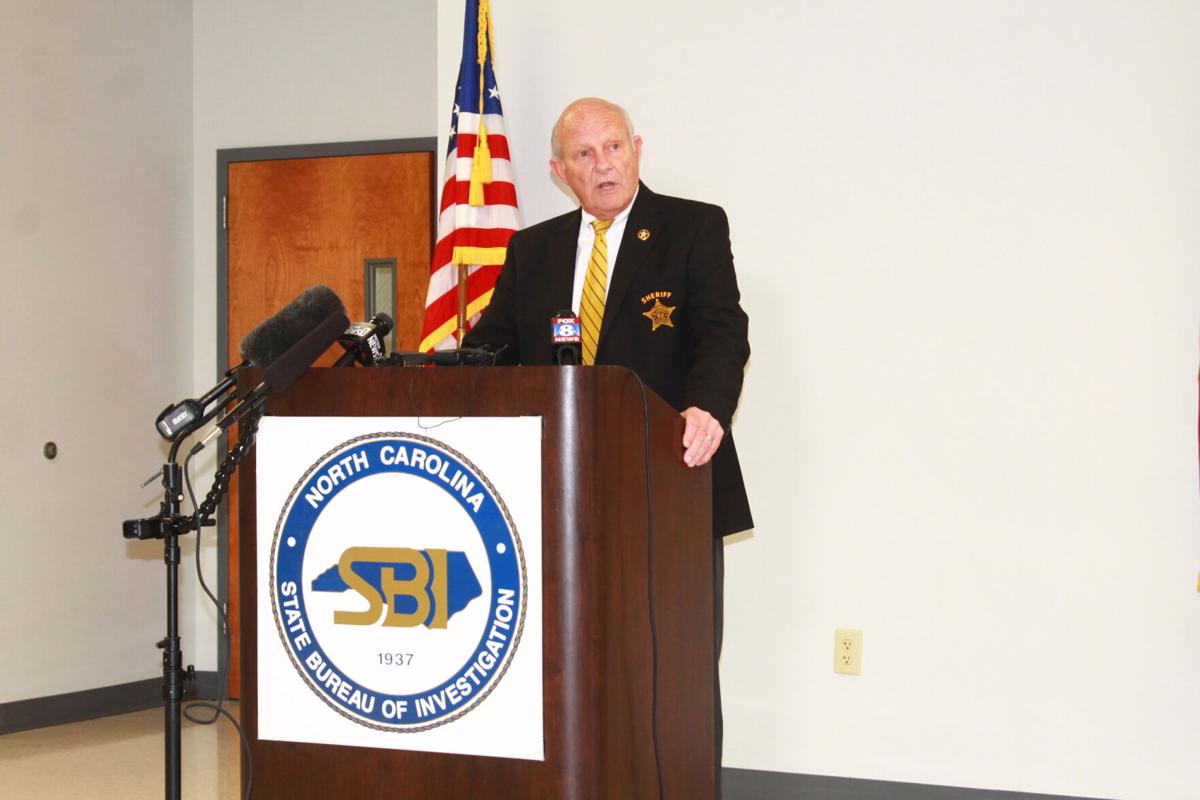 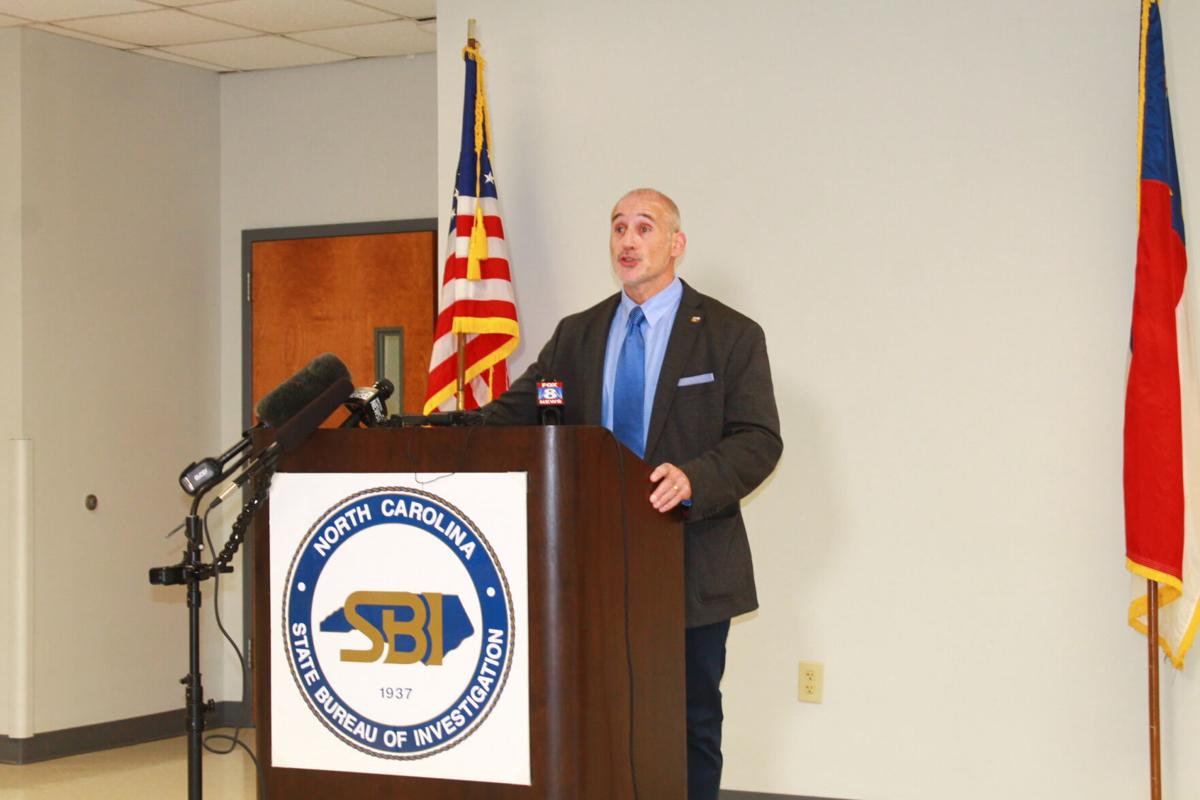 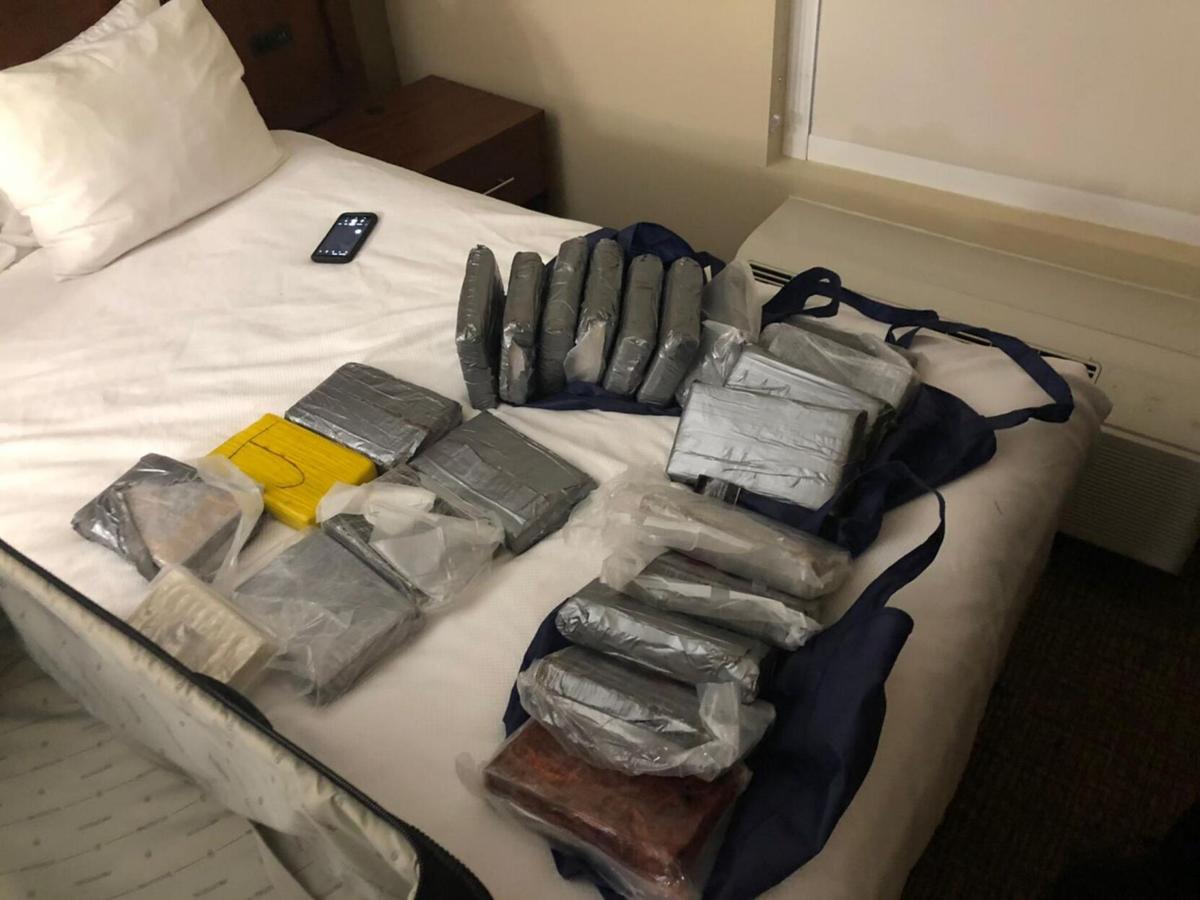 Some of the narcotics seized during the sprawling investigation, which began in 2019.

Some of the narcotics seized during the sprawling investigation, which began in 2019.

The North Carolina State Bureau of Investigation (SBI) held a joint press conference with the US Drug Enforcement Agency (DEA) and numerous local law enforcement on Friday, November 12 at Lake Mackintosh Park and Marina in Burlington to address the recent arrests of more than 50 individuals alleged to be linked to drug trafficking and violent crime in the area.

The arrests come as part of “Operation Bottom to Top,” which has been ongoing since 2019 and involves local (including the Mebane Police Department), state and federal agencies. The goal of the operation is to target drug traffickers and violent criminals in Alamance and the surrounding counties.

Although the majority of those arrested and charged have been from Alamance County and the surrounding counties, some were from as far as California, New York, Texas and Mexico. Four individuals are listed as from Mebane and two are from Efland.

In addition to these arrests, 602 pounds of cocaine, 136 pounds of crystal methamphetamine, 2.2 pounds of heroin, $3.47 million USD, 22 firearms were seized. Authorities also anticipate at least 10 additional arrest in the coming days.

Recently, the investigation also led to the arrest of Tre McCandies, 29, of Burlington. According to ACSO, McCandies is believed to be a Five Star General of the 9Trey Bloods, a branch of the United Blood Nation gang. Investigators say McCandies and his close associates are “low to mid-level cocaine and marijuana distributors” and believe him to be a violent criminal.

“As information comes in from members of the community, not only ANET, but every one of the agencies here is going to try to vet each and every one of those,” O’Toole said. “We saw the validity in this particular source of information that we started with and ANET did a great job as far as identifying Mr. McCandies and his known associates.”

Additionally, in September 2020, the DEA, SBI and Alamance County Narcotics Enforcement Team (ANET) began pooling resources to investigate McCandies and his known cocaine supplier, Brian Stewart, 41, of Burlington, who has also been arrested. Stewart is also believed to have connections to the Jalisco New Generation Cartel (CJNG).

This joint investigation helped law enforcement solve multiple shootings and homicides in the county, along with numerous other crimes, authorities say.

The agencies involved used the information and resources at hand to advance the investigation from targeting local distributors to high-level drug traffickers. Several multi-kilogram cocaine distributors in Alamance County and the surrounding area.

Alamance County Sheriff Terry Johnson called the sprawling investigation “an example of what law enforcement working together can accomplish.”

“The arrest of 53 major drug traffickers in Alamance County and the Piedmont area will slow the drug flow down, but it will not stop,” Johnson said. “We must continue our joint efforts with law enforcement agents in this county, our state partners and our federal partners.”

Burlington Police Chief Brian Long thanked the investigators true heroes of the investigation weren’t “standing at the microphones today,” but the ones who spent countless hours on this case. Long then touched on what these arrests mean for the community and its safety.

“A lot of times people focus on the money that seized and the drugs that are seized in these investigations, but I think we shouldn't lose focus of the violence that occurs on the backend through narcotics trafficking, and the loss of life here Alamance County to some of our residents that occurs because of the drug problem,” Long said.

Asked if it is surprised that over 50 individuals were involved in drug trafficking and violent crimes in this area, Special Agent O’Toole said it was not. And he added that, as the case evolves in court, more individuals from local low-level dealers to regional drug traffickers will be charged and arrested.

O’Toole also noted that the 53 arrests will have a big impact on the whole drug trafficking operation. “At the end of the day, when the stats come out as far as illicit proceeds, the amount of narcotics, the activity that these folks were associated in, secondary crimes, things like that, I think anyone will be able to say that, yeah, this is a significant impact,” he said.

This is a developing story. As soon as new information about the investigation is learned, it will be reported by the Mebane Enterprise.