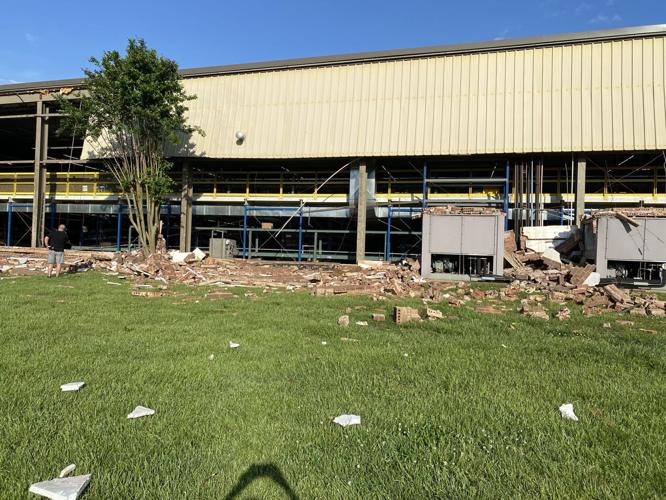 Damage from storms on Friday, May 6, at the Gildan Distribution Center on East Washington Street in Mebane. 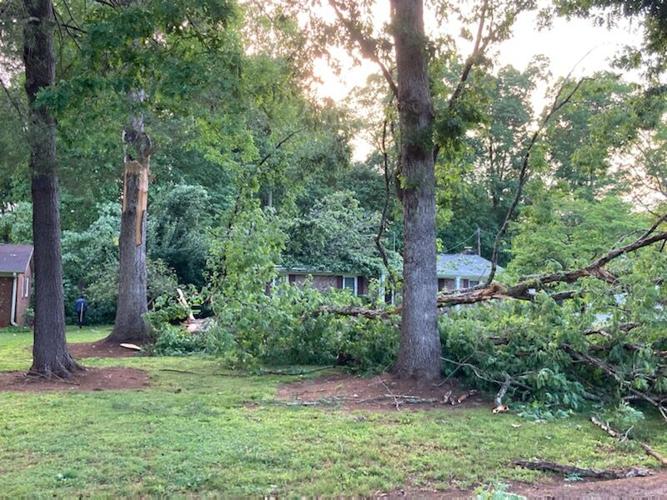 Additional damage in the area from Friday's storms.

Damage from storms on Friday, May 6, at the Gildan Distribution Center on East Washington Street in Mebane.

Additional damage in the area from Friday's storms.

Six buildings in Orange County, including five residences, sustained damage from heavy winds that could have been the result of a tornado, Orange County emergency officials said Friday. The county has not been able to confirm if the damage was caused by a tornado, but Orange County Emergency Services Director Kirby Saunders said several callers to 911 reported seeing a funnel cloud.

Saunders said the Orange County 911 center received the first call about a potential tornado at 5:18 p.m. from the Gildan Distribution Center on E. Washington Street in Mebane. The county received several more calls, including from residences on Frazier Road and Mace Road that reported damage, including fallen trees and downed power lines.

Saunders said 30 employees were inside the distribution center when the storm struck and ripped off large chunks of an exterior wall, but no one suffered any injuries. Crews were still assessing the impacted residences but had no estimates of the amount of damage. Saunders said the county would work with any residents who might be displaced and need emergency housing assistance.